Just like any digital content these days, there’s a TON of them out there now. Overwhelmingly so. But there is pretty much something for everybody so they’re worth seeking out. Finding filters for the content is key, so that’s why I thought I’d share some of my regular go-tos.  So here we go… If you’re even remotely aware of the podcast universe, you may know this one. Or you may know Tim from his popular book, “The 4 Hour Work Week”. It might be the most popular show in the personal development category. For good reason though, Tim brings very interesting guests in and has a nice loose but engaging interview style that brings out more interesting content and insights from his guests than other shows tend to. The length tends to be much longer than a standard hour show so that probably helps allow for more depths to be reached also. I’d also say that if an interesting author is on to promote a new book, it’s usually the first show to get said author. If you listen to enough podcasts, you’ll notice these people make the rounds.

He will also mix in different formats from time to time to change things up, which I usually like. Sometimes he won’t even be present and just have a guest on by themselves to answer crowd submitted questions. The quality of those shows depends a lot on the guest, but they’re usually on point for the most part. I prefer the shows with Tim present overall though. Once in a while he’ll have a guest or topic I don’t care for but I’d say I listen to about 95% of the shows all the way through. Definitely one of my favorites. The Tim Ferris Show 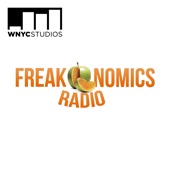 Another popular podcast from authors Stephen Levett and Stephen Dubner who wrote a book (and a sequel) of the same name. This podcast, and all the other NPR podcasts, also air on good old fashioned radio but I couldn’t tell you when it airs. Remember, I dont listen to radio! Why would I when I can subscribe and have it show up on my phone automatically every week!? Ok, last time I bash radio. I promise (maybe). The topics/stories on this show are almost always outstanding. Even when I see a show title I feel iffy about, which is rare, I usually end up feeling smarter for having listened to it afterward. The word insightful only begins to describe this show. Like many of the NPR shows/podcasts, it’s very well produced and edited, which makes a big difference in the enjoyment level as well I find. Freakonomics Podcast 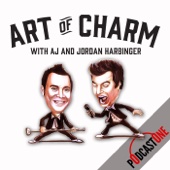 The Art of Charm

I’ll be honest, the first time I stumbled upon these guys, I pre-judged them as douchebags. Maybe it was the title or the fact they push their courses so much. In the early days of the show, they may have kind of leaned that skeezy way. I mean a component of what they do is run courses for men on how to meet women, afterall. There’s much more to it if you keep digging though. The show has matured nicely and Jordan Harbinger’s interview skills have improved considerably over time. The quality of the guests have steadily improved also which I think speaks to the hard work they’ve put in. They’re a standard stop on the personal development author book circuit so depending on the number of podcasts you subscribe to, you can run into some repeat authors. I’ll usually take the author’s visit on this show over many of the other ones though. Art of Charm 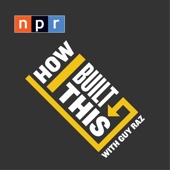 How I Built This

This one is relatively new but it’s brought to us by the same crew that does the TED talks podcast. I’m a subscriber and avid listener of TED Talks but I’m not going to mention it here because it’s the most popular podcast on the planet. “How I Built This” has the same format and host but focuses on the origen stories for many of the companies and brands we know. From the initial episode featuring Spanx, to the latest storytelling of AirBnB’s trials and tribulations, they’ve all been great. It really illustrates the perserverance and luck that goes into launching major companies we all use every day. I’m a fan. How I Built This Here’s one I’m new to but has been around for quite awhile, 10 years according to the website. I like this because it’s bite size. Sometimes I only have 20 minutes to listen to something, just about inline with my morning shower routine, and this fits the bill. It has a fair amount of crossover with some other shows because it seems to be a stop on the book promotion circuit but since it’s relatively short, it acts as a good filter when you run into the author on another longer podcast. Meaning you can decide to get more in depth or pass on the author with the other show. It focuses on creatives and their process. The host, Todd Henry, recently wrote a book on the creative process which I’m about half way through and it lays things out in a easy to digest manner. It slants towards writers but it’s easy to translate to other creative pursuits. The Accidental Creative

Deep down in me somewhere I have the desire to be entrepreneurial on the web in some capacity. So far I have not been so good at it but hey, it’s a learning process. This show is good for some inspiration in that space. Plus, the host Pat is a fellow San Diegan and I crossed paths with him at a conference a while back. I liked his story and became a fan of the show.   Smart Passive Income

Some of these podcasts are pretty well known but they’re worth mentioning. TED Talks and This American Life might be the most well known podcasts out there and for good reason. The topics are often interesting and always well produced. The Dinner Party Download is a show that I selectively listen to depending on the listed guest(s). As a music fan, I dig the segment where a musical guest shares their curated dinner party playlist. Art of Manliness is hit or miss for me. For one thing it runs somewhat parallel to the Art of Charm podcast. Not just in name but in content. Also, the host’s style isn’t always my cup of tea. Still, there are some interesting guests and episodes available.  One last mention for The Ringer MLB Show , it’s not the greatest podcast but I’m a baseball geek and it’s one the few consistently available shows that’s focused on baseball.

And there we have it. I’m always sampling new shows so I’d love any suggestions people have. What’s in your podcast queue?